“Today I crossed the most beautiful valley of the world.”
Ernest Hemingway – 1945

The ancient population of this region worshiped a god named Pen, identified with the most impressive mountain of the area, which took its name from that god : the Penna Mountain.

Around 150 BC the Romans took possession of the Valley, whose life, from then on, followed the ups and downs of the Roman Empire.

In the year 1164 Barbarossa made a gift of  this feud to Obizio Malaspina, who built the Castle that still exists in the center of the town of Santo Stefano. In 1796 the Castle became the property of the Fieschi family and later on of  the Doria family.

When the local population rose against the Doria domination, the region of Santo Stefano became the property of the Republic of Genoa, and then passed to the Kingdom of Sardinia, opening a period of commerce and smuggling.

The connection between the Doria Family with the town of Santo Stefano is visible in the parish church, where, on the high altar stands a painting showing the Madonna of Guadalupe, a gift that Cardinal Giuseppe Doria gave in 1814 to the believers of  Santo Stefano. According to an ancient tradition this painting was on the ship of Andrea Doria during the Lepanto battle in 1571. The Madonna of Guadalupe is the patron of the town, and is festivity is celebrated on the first Sunday after the feast of Assumption (August 15th), with a Mass on the Maggiorasca Mountain

Santo Stefano and the Aveto Valley

Santo Stefano is 1017 meters high on the sea level, far from the most traditional touristic tours of Liguria, at the confluence of  three provinces: Genova, Piacenza and Parma.
The wide valley where the town is located is surrounded by the highest mountains of the region, (the Maggiorasca Mountain, 1799 m.,  and the Bue Mountain, 1777 m.) and its characteristics are the pastures, the beech and coniferous woods, the lakes and the mountain streams.
During summer the weather is pleasant and invites to follow the tracks crossing meadows, fields and woods, to conquer the top of the mountains; even in winter, with snow-shoes, it is charming to discover a white and silent landscape. 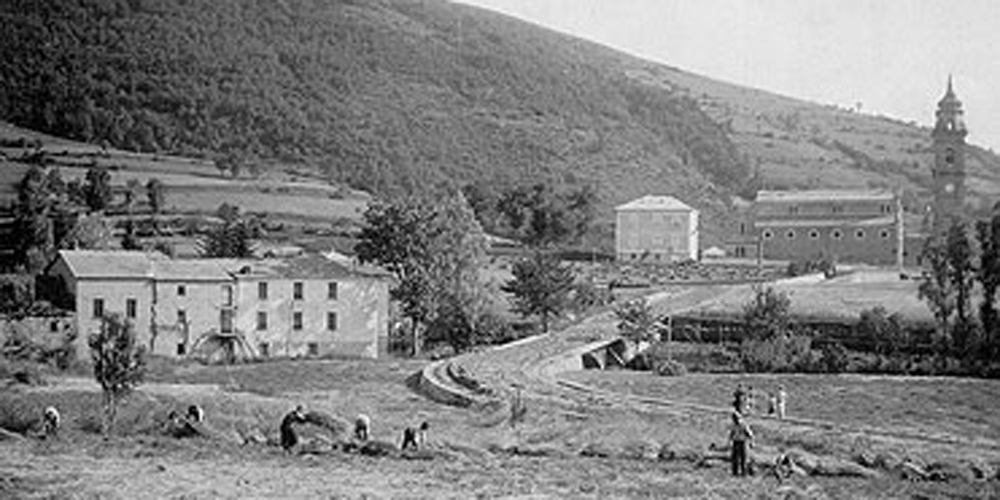 Starting from the end of August, in the woods of the Aveto Valley, mushroom lovers will find many edile varieties: among them the boletus, which grows in beech-woods and chestnut groves.
Springtime is the season of the ‘spinaroli’, typical mushrooms of this region and much appreciated by many gourmets.
One of he most appreciated products of the Aveto Valley is the Santo Stefano Traditional cheese, and then honey (deliciuous the chestnut one, especially when tasted with cheese), dried mushrooms, and meat coming from the numerous local cow breedings. 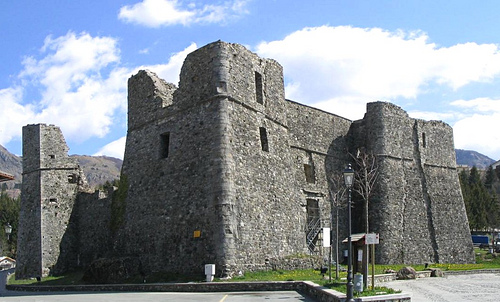 Santo Stefano d’Aveto, that has been major centre since the Late Middle Ages, boasts a well preserved XIIth century castle, formerly dominated by the Malaspina family. It later became the property of the Fieschi family and ended up in the hands of the Doria family. The castle is enclosed by an irregular pentagon shaped perimeter wall, supported on 5 bastions.

The area just below the Casa sul Poggio is dedicated to children games: not far from the town, under the trees, your kids can find swings, slipways, and other outdoor games, where they will make new friends playing in the open air. Moreover, during summer, movies and animations are shown early in the evening.
Special for our guests:

Tennis, basket and volleyball, soccer, bowling alleys, climbing, bike and mountainbike, trekking, nordic walking, orienteering… you just have to choose! And, in wintertime, a beautiful track for cross country nordic skiers and, starting from 2008, new winter ski installations will allow you to climb and slope down the mountains.
Special for our guests:

Silence, quiet, fresh air, woods: it is easy to find all this in Santo Stefano.

Special for our guests:

Just an hour on a level land, or all day climbing hard in the mountains: whatever you like best, in Santo Stefano you will find it! All the paths and climbings are fully explained in a booklet that you will find in your room.
And in wintertime, let’s walk with snow-shoes!

Along the Aveto River it is possibile to find little charming beaches where the river, slowing down, creates natural swimmimg pools (you can swim … if you endure very very cold water!)

If you really can’t do without the real Mediterranean Sea, well, it is not far: just one hour and a half drive to enjoy the best of the Riviera: the beaches of Cavi di Lavagna, Sestri Levante, Chiavari…

Many different choiches are available for dining out in Santo Stefano. Try all of them, from pizza to barbecue, to homecooking, your taste will always be satisfied.
Dancing places are a few but very nice, and, moreover, there are open air shows and entertainment during summer for young and not so young people.